We all learn in different ways. One approach says there are three basic learning styles:

Organizational change usually requires learning something new. In achieving the desired change, the organization has to overcoming real and perceived barriers, and deal with resistance to change. 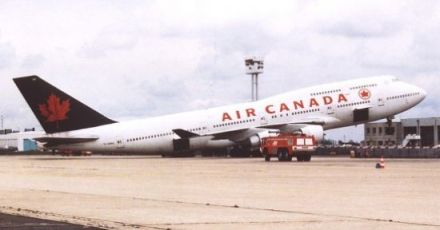 One of my biggest change management challenges was in Japan some years ago. My firm had sold Cathay Pacific Airlines an airport departure control system. It automated their passenger handling systems. It also handled many of the boring back-office activities, like aircraft weight and balance. That’s a little activity that is carried out before you take off that makes sure that choices of where the fuel, passengers, cargo and bags and stored in the aircraft don’t cause it to tip over or crush the landing gear on landing. In case you hadn’t thought about it, aircraft hit the ground pretty hard, and it is assumed that a certain amount of fuel will be burned off before you land. Otherwise the wheels/ undercarriage will get crushed. Having an aircraft tip-over or crushing the undercarriage on landing is frowned upon by most airlines.

Our firm had already installed the system, tested it and had trained the local Japanese airport staff. Unfortunately, they still reverted to manual check-in and weight/ balance of aircraft on a frequent basis. The executives from the airline started wondering if the problem was with the system. It was difficult to tell from our Amsterdam headquarters if the barriers to success were human, technical or a combination. Other highly competent engineers had gone out before me, to put things right but each time, shortly after their departure, things would fall apart.

I was called on to give it one more attempt before the customer followed through on his threat to throw the whole thing out. I was chosen because of an unusual combination of experience in airline operations, flying (as a pilot), computer hardware and software, end-user training, dealing with management issues, and also the fact that I was the new guy in the Amsterdam office.
Since there was to be no additional options if I failed, whatever I did had to deal with any and all barriers to success. That meant real and perceived barriers, both technical and human.

After three years of working in Latin America, I arrived at my new office in Amsterdam, to be shipped off three days later to Japan. I can tell you it was quite a cultural shock.

My next installment will tell you about the execution challenges that I found. The first month was one of the loneliest times I’ve ever spent, but in part three, “the solution”, I’ll tell you about how I ultimately became ‘accepted’ by the Japanese staff. I’ll explain how together we successfully executed the departure control strategy. It was much more than implementing a system. It became one of the most wonderful of experiences of my life.