Skip to content
Previous Next
Mexico: Have you ever been to Acapulco? Do you know how to drive a stick shift?

This is the first of a number of personal stories that I’m going to share in this Blog. I’ll look for links to execution, but in large, they’re going to be about the wonderful experiences that I’ve had working around the world over the past 30 years.

By a set of coincidences, my first job after university was working for Raytheon in the airline industry. I caught the airline industry bug and loved the life that it offered. For many years I traveled, worked and lived all over the world. I’ve long since expanded my work experience beyond the travel industry, but it was my ticket to the world. At last count I’ve worked or lived in over 45 countries.

One of the most generous work experiences I ever had occurred very early in my working career. It had a major impact on the way I treated my customers/clients and as a result how they were able to execute.

I was working as a customer engineer for Raytheon in Mexico City. We were automating airports and reservation systems across the country for AeroMéxico and Mexicana Airlines. I was just about to step into the twilight zone of ultimate customer experience.

As part of this Blog, I thought it would be fun to let you get to know some of the wonderful people I’ve met all over the world. They’ve had a profound affect on my insights into the execution of strategy. I’ve met some wild people and been in a number of tight spots too as wars started or insurgencies boiled over. 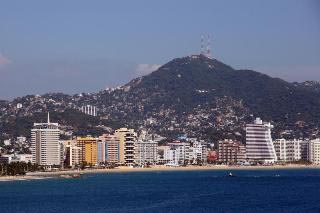 It was 1976, I was 22 years old, and had just flown in to Acapulco from Mexico City to fix some sort of computer problem at the airport. It is no small thing to have the check-in system for the main airline in Acapulco to stop working. I managed to get it going fairly quickly and was finished by about 5 pm. The airport manager, a cosmopolitan looking man about 35 was very relieved. As the chaos started to recede he asked what my plans were. It was a Friday and I’d left straight from the office to the airport with just what I was wearing. I had just planned on taking the next flight back to Mexico City.

I’d just started with Raytheon and this had been one of my first jobs as a customer service engineer. Hearing that, he told me that there was no way that I was leaving that evening without him having the chance to thank me. He insisted on taking me out on the town that evening. It was to be a welcome to AeroMéxico, who was to be my main client for the next few years. Now I have to say, I’d never met him before, and this was one of my first business trips anywhere with my new job with Raytheon. I thought what a nice welcome. I was pretty dirty from having worked on their computer (they were open to the elements in those days), so wasn’t sure what to do between 5 pm and when he would meet me. In Acapulco, going out for the evening means starting at 11 pm at the earliest.

He must have seen my blank look and his face brightened! “Ah, that’s right, it’s Friday, and there won’t be any hotel rooms in town (Acapulco) tonight or tomorrow. I can see your problem”. He took out a business card and just wrote on the back of it. “Please look after Sr. Lamb”, and then his signature. He then told me to go to one of the biggest luxurious hotels in Acapulco and show them the card.

As I looked at the card I tried to imagine as a 22 year old, going to one of the most expensive hotels in Acapulco. I knew there would be no rooms, and they would cost more than I had. I was to show them the card and had no idea what would occur. He then brightened again and said, “You don’t have a car do you”? Of course I didn’t. He said, “You know this is Friday, there won’t be a single car available to rent to get into central Acapulco”. It was about a 40 minute drive along a windy coastal road in those days. “Can you drive a stick shift”? I could, but had no idea where the conversation was going. He reached into his pockets and threw me the keys to his car. “Here, take mine, I’ll get a ride in with one of the other employees later. Show the card to the hotel check-in desk and they’ll find you one of the ‘non-existent’ rooms and give you an airline employee discount. Take the card to the gift shop and get some clothes for going out, and get a bathing suit and enjoy the pool”. He then headed back to the chaos that was now receding and I headed off along the windy road in his Volkswagen Beetle. All of this and he’d never met me before. I finally made it around one last curve between the coastal mountains and Acapulco Bay to see the skyline of fancy hotels. Boy was I elated.

Everything occurred as he said. I got a room immediately like I was their most important customer. I got some clothes at the gift shop with a steep airline employee discount. There was a message waiting for me that he had to go home first and would meet me later at one of Acapulco’s famous discos. I arrived there to see a long line of the rich and famous. I was again to use his business card with his short introduction on the back. I made my way nervously towards a big tough looking guard at the door, who looked at me, a gringo, with a stern look. He took the card and twisted it around in his huge hands. He looked back at me and you might have imagined that we were long lost cousins for the way he greeted me and ushered me in. I was pretty much in shock at what had been happening for the past few hours. He arrived an hour later and we had a wonderful time. It seemed every beautiful woman at that disco knew him and wanted to stop by and say hello.

I was pretty shy at the time, but have to say that as a young Canadian, just starting a new job, in a new country, with no girlfriend at the time, things were looking up.

p.s. Was my job in Mexico like this all the time? I have to say that in retrospect that was just the beginning of a wonderful ride.

Did this experience affect the way that I treated AeroMéxico as a client? You bet it did.

I would do anything at any time to day or night to make them happy. As a customer, you too can have an incredible impact on the way your vendors or partners treat you. Is that important in execution? There is no question that I ran faster, tried harder and didn’t give up on the toughest problems that occurred while AeroMéxico was my customer. As a result they were able to execute and achieve their targeted customer outcomes. And I loved just about every minute.

I had many exceptional experiences while living in Mexico and some really terrible ones. It’s interesting as I reflect on it. The really terrible experiences were actually most often with foreigners who were also living in Mexico at the time. I can say that I came to truly love Mexico, its people, its culture and will always have a special connection to it. My wife and I consider the possibility of retiring there.

My plan is to use Sundays as a time to write a story about a different country and how it has affected my thoughts on execution. They won’t always be as happy as this one. I’ve been in some pretty scary places too and plan to share those experiences too.